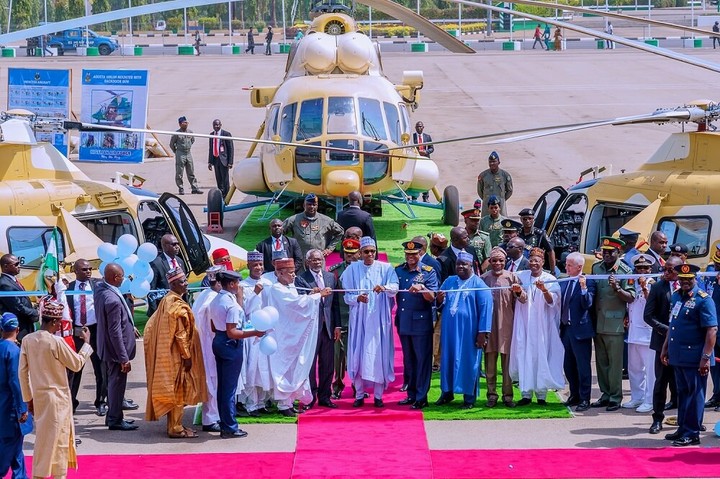 Nigeria’s defense expenditure to reach US$3.8bn in 2026 driven by militant groups and rising piracy incidents, says GlobalData As one of the continent’s military powerhouses, Nigeria is seeking to strengthen and upgrade the capabilities of its armed forces between 2022 and 2026. Nigeria’s defense budget is expected to grow at a compound annual growth rate (CAGR) of 10.33% throughout the forecast period to reach a peak of US$3.8bn in 2026.


....... Growth will be driven by continued insurgent attacks, cybercrime, and rising incidents of piracy, according to GlobalData, a leading data and analytics company.


....... According to GlobalData’s report, ‘Nigeria Defense Market – Attractiveness, Competitive Landscape, and Forecasts to 2026’, Nigeria has historically prioritized its defense budget in order to combat both regional and domestic threats, reaching a high of US$2.5bn in 2020. However, the country’s 2021 defense budget witnessed a year-over-year (Y-o-Y) growth rate of -0.9% as a result of the COVID-19 pandemic, stabilizing at US$2.5bn for the current year as the country deals with the economic consequences of the pandemic amid a wider global recession.


....... “This substantial increase in defense expenditure, rising from 0.5% as a percentage of Nigeria’s GDP in 2021 to 0.7% of overall GDP spending in 2026, will likely be driven by the country’s attempts at combatting a number of growing threats in the region, such as the continued insurgent attacks by groups, for example, Boko Haram, Ansaru and ISWAP.


....... This comes at a time where infighting between factions of these various groups has intensified, resulting in the alleged death of Boko Haram leader, Abubakar Shekau, after an attack by ISWAP. Clashes are thus expected to increase in the coming months due to the potential instability caused by the power vacuum created by Shekau’s death.”


....... Other threats driving defense expenditure during the forecast period include oil smuggling in the Niger Delta, increasing cybercrime and rising incidents of piracy in the Gulf of Guinea. Piracy, in particular, constitutes one of the largest threats, with the Gulf of Guinea, reported as one of the primary piracy locations in 2021.


....... As an important maritime trade route off the Nigerian coast, the Nigerian Government has invested heavily in ‘Project Deep Blue’ through the funding of a number of important naval procurements in order to reduce maritime insecurity in Nigeria’s territorial waters and Economic Exclusion Zone.”


....... “In order to combat these threats, Nigeria has subsequently focused on modernizing and strengthening its capabilities through a number of key procurements, such as the acquisition of Mi-35M helicopters, A-29 Super Tucanos, JF-17 Multirole aircraft, multiple naval vessels and several armoured vehicles.